You are here:
Hardware 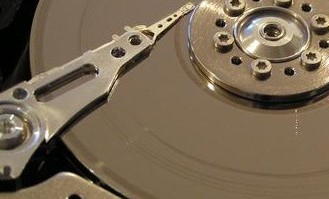 Seagate is not knowing how to circumvent their bad quality hard-drives, and cuts throught the whole SMART attributes set, to an only PASS or FAIL status.

They try to justify this as “the result of more than 20 years of innovative Seagate engineering focused on self-testing” as indicated in the following  knowledge base article published on their website:

Various attributes are being monitored and measured against certain threshold limits. If any one attribute exceeds a threshold then a general SMART Status test will change from Pass to Fail.

Each new design incorporates improvements that increase the accuracy of the SMART prediction.  As a matter of policy, Seagate does not publish attributes and thresholds.

Seagate uses the SeaTools diagnostic software to test the SMART status of the drive. SeaTools does not analyze attributes or thresholds

If you have a drive with reallocated sectors, Seagate will not cover it under warranty unless it throws a FAIL status in SeaTools.

I have a 2TB Green drive with over 1000 reallocated, and it’s SMART Status is PASS, as reported by SeaTools.

Bad sectors are a failure of the storage medium. They can be isolated to a particular spot due to manufacturing process and never progress further, or could be a degredation of the storage medium that will progress over time and will lead to a catastrophic failure.
When a read/write/verification error occurs, a remapping of the sector is attempted. If the sector is bad enough the data may not be salvageable on the remap. These will show up as unsuccessful remaps.
When a drive SMART attributes indicate reallocated sectors errors there is a statistical probability that the drive will fail sooner than one that indicates no relocated sectors.
The rate of the bad sector growth is a more important factor of imminent failure than just the fact that sectors have been reallocated.

If you have a hard-drive with increasing reallocated sectors or large number of reallocated sectors, that stills shows PASS in SMART tests of their wonderful SeaTools (especially the Windows version which hangs on most systems, probably also the result of their more than 20 years of innovation):